Watch out, Colorado. There’s an insect coming for your ash trees.

The emerald ash borer – an invasive insect that has decimated tens of millions of ash trees in the United States and Canada – is making its way into urban landscapes in Metro Denver and Northern Colorado, potentially threatening an estimated 15 percent of shade trees planted statewide, the Colorado State Forest Service recently announced. In Metro Denver alone, an estimated 1.45 million ash trees are growing in parks and private landscapes, providing environmental benefits and boosting property values. 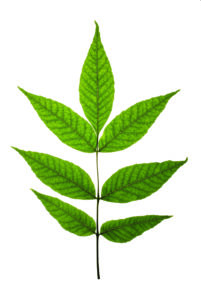 The destructive bug, native to Asia, was accidentally introduced to North America in the 1990s and was detected in Boulder in 2013. That prompted a quarantine to stop transport of ash wood and products from Boulder County; the quarantine, combined with close monitoring, tree removal, insecticide treatment, and biological controls, was meant to halt or slow movement of the metallic green beetle.

But the emerald ash borer is an escape artist. Called the most destructive tree pest ever introduced in North America, the insect recently has been found in Broomfield, Westminster, and near Berthoud – a sign of growing threat to some of the most beautiful and popular shade trees in Colorado’s urban and community forests.

The Colorado State Forest Service and CSU Extension are among the agencies helping to track and thwart the insect; both provide extensive online information and tips to help homeowners identify and control the pest.